The roots of the P&DARCS are in the Police Paddocks just outside Dandenong. In 1966 a late member of our club mowed a strip there. A few others joined him. The D&DARCS (Dandenong and District Aircraft Radio Control Society) was born and became one of the most prominent R/C clubs in the State.

We comprised a cross section of the community running from juniors to the "Over the Hill Mob". Probably the most common age for joining is in one's 30s. The majority of the members are "fun flyers" but our club participation in competition events is quite successful.

Like most similar clubs around the world our members suffered from all the problems of flying on somebody else's property. Because they could be thrown off at any minute it was not worth developing any facilities. Equipment such as mowers had to be taken there and home again whenever needed; when it rained you could only dive into the car; facilities for the family were non-existent and there were complaints from neighbours to be dealt with from time to time. We were always concerned that sooner or later development would crowd us out. Therefore, from its earliest years, the club planned to buy its own field.

After several false starts, in 1978 the Club located land for sale just outside the little township of Cardinia, a few km's east of Cranbourne. The 102 acres was ideal -- flat, treeless, with few neighbours and ideally shaped. A scheme for the members to contribute the rest of the funds required to purchase it was developed and the property purchased. It was named Burley Field, in honour of Graham Burley, the well respected president of the club at the time of the purchase, who unfortunately died before the purchase was completed.

The club occupies about one quarter of the property, which on its longest side measures one and a quarter kilometres. The rest is let off but the club retains the right to fly all over it. The rent helps to support the club and thereby reduce subscriptions but the main concern is to have a tenant who looks after it and that we have.

Having bought the field the club was virtually penniless. We managed to buy an ancient Ferguson tractor and the committee chipped in to buy tyres for it. We brought the end of our financial year forward from June until May so that we could get the following years subscriptions in as quickly as possible. Soon after that:-

A Clubhouse about to be destroyed was acquired, moved to the field and rebuilt, later acquiring a sizeable covered verandah.

Improvement of the property has continued since with several sheds, modern tractors and machinery, automatic pumps, water tanks, shrub borders along the side of the road in, sprinkler system, drainage improvements etc. etc.

Each member has his own key to the property and to the clubhouse. Flying is allowed on any day of the week.

Apart from general fun flying there are various club events -- few of them too serious, and then there are state events for which our field is often the preferred venue.

The Club meets as a group each month, except in January. These meetings are held at the weekend at the field. For the date and place of the next meeting please look on this website’s sidebar.

For some people the field is somewhere to pop down for a fly and go home. For many others a visit to the field is as much a social event as just going to fly. Have a fly, sit around in the “Hayshed”, (see the camera view from this website; no walls, just tables and chairs), under the expansive shade cloth covers, (provided to keep your model and you out of the sun) or in the air-conditioned clubhouse, having a natter, a coffee, browse the library or just go for a stroll enjoying the country atmosphere. Then have another fly.

Its facilities make it unique amongst radio controlled model aircraft clubs in this part of Australia. It has been said that ours is the best club of its type in Victoria; the best in Australia; and by international visitors the best in the world. Right or not, the facilities, and the camaraderie of the club, make a few hours at the field a comfortable, civilised, relaxed, and enjoyable break. 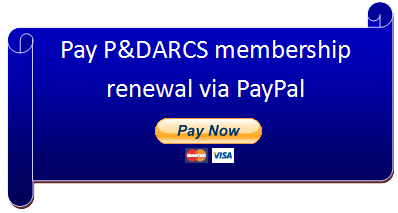